Tenants’ advocates are urging the B.C. government to reconsider a policy that allows landlords to cover the costs of repairs and improvements on their properties using supplemental rent hikes.

The province’s additional rent increase (ARI) process, which launched last summer, gives landlords the ability to hike rent beyond the annual allowable rate that’s tied to the Consumer Price Index – but only if they are incurring capital expenditures, paying for anything from windows to security systems.

The increases, which can be up to three per cent of existing rent, remain in place permanently, even after the projects are fully paid off.

“Tenants that don’t own property are being asked to pay for upgrades to buildings that are owned by massive, massive investment companies and corporations,” said Robert Patterson, a lawyer with the Tenant Resource and Advisory Centre. “The current model we’re using is incredibly inequitable.”

Some tenants who have faced an additional rent hike describe feeling some of the burden associated with condo ownership, despite not holding any actual equity in the property. They also lack any input into the decision-making process, unlike condo owners who participate in a strata council.

“It actually makes me feel sick to my stomach that I’m being taken advantage of,” said Rob Pont, a senior living in Vancouver’s West End.

Back in March, Pont and his neighbours received a notice informing them that Hollyburn Properties Ltd. was applying for an additional rent increase at the 14-storey apartment building on Pendrell Street where he’s lived since 2008.

Hollyburn is a property management and real estate investment company that operates more than 70 rental apartment buildings across the country, representing several thousand units. The building where Pont lives is valued at $55.3 million, as of the most recent assessment.

Pont said the idea that such a large business would ask him to fund building improvements that will ultimately increase the value of one its numerous investments is offensive.

“Don’t come crying to me,” he said. “It’s crazy. How can I be responsible when your building needs to be repaired?”

Investigators have reached out to Hollyburn Properties Ltd. for comment. This article will be updated if a response is received.

While the ARI process may feel unfair to some renters, landlords argue it’s necessary to help owners afford to keep buildings well maintained, particularly since the NDP government changed the formula for annual allowable rent increases back in 2018.

Under the previous BC Liberal government, landlords were allowed to hike rent by two per cent plus the rate of CPI. The NDP estimates the average renter has saved upwards of $1,000 per year since the province removed the additional two per cent from the formula.

In a statement, LandlordBC, whose members include building managers, investment property owners and homeowners who have mortgage-helper suites, told reporters that owners need additional rent hikes to cover the costs of “the substantial investments landlords are being asked to make to improve the health, safety, energy efficiency and resiliency of our aging rental stock.”

The Pendrell Street property where Pont lives is about 50 years old, and is just one of many buildings in the neighbourhood that is showing its age. 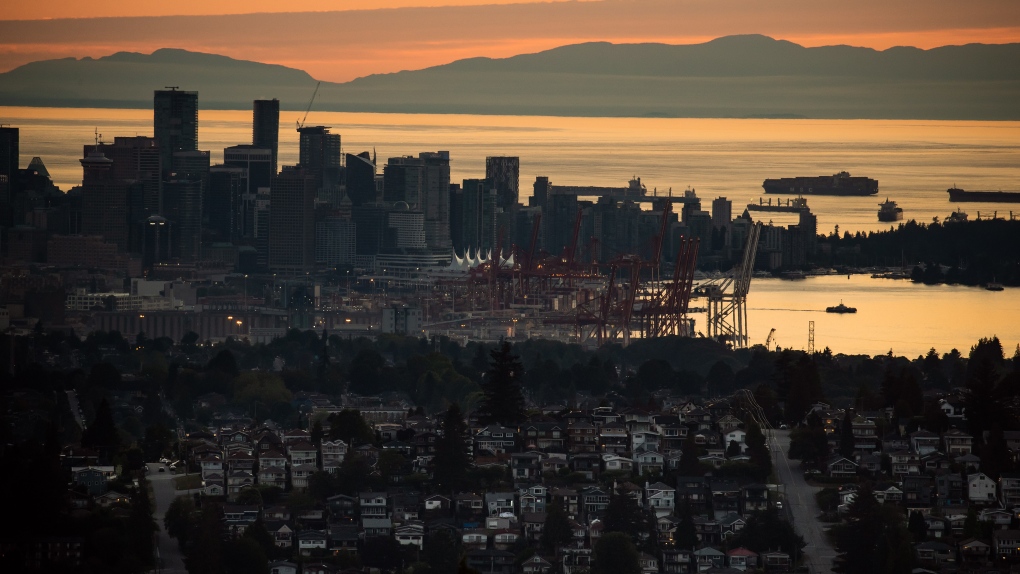 A Seabus passenger ferry, right, travels across Burrard Inlet at sunset as downtown Vancouver and the port are seen from Burnaby Mountain, on Monday, July 11, 2022. THE CANADIAN PRESS/Darryl Dyck

“It is worth noting that inflationary pressure are paralyzing the sector,” LandlordBC CEO David Hutniak said in an email, pointing to increased costs of labour and building materials. “We appreciate that renters, like all British Columbians, are facing challenges these days, but safe and healthy rental housing comes at a cost.”

LandlordBC worked with the province to create the ARI process, and described the system as “transparent and highly prescriptive, with defined eligible expenses.”

Tenants also have the ability to push back against an ARI application by disputing the eligibility of capital expenditures through the Residential Tenancy Branch – something Pont and some of his neighbours are preparing to do this fall.

According to the province, there have been 122 applications for an additional rent increase since the system launched in July 2021. Only 31 applications have been processed through the Residential Tenancy Branch, and six of those were ultimately rejected.

Patterson told reporters the dispute process can be frustrating for renters, who in some instances have to try and prove a repair could have been done for cheaper had a landlord not put it off – a challenging feat even for those with resources and time to dedicate to the fight.

He also argued the wording of the regulations when it comes to what counts as an eligible capital expenditure is “incredibly vague.”

According to the regulations, landlords can only apply for an ARI when installing, repairing or replacing a “major system” or “major component,” the former defined as “an electrical system, mechanical system, structural system or similar system that is integral to the residential property or to providing services to tenants and occupants.”

Patterson said he’s seen an owner apply for an ARI to cover the cost of building an additional bike storage room, something some renters might consider an amenity – and one that would be of little use to a non-cyclist.

“There’s also very bizarre wording in the policy that seems to imply that you can’t get a rent increase if you only do cosmetic work, but if you happen to do cosmetic work at the same time, it can be included,” Patterson added.

In addition, there are some complicated situations that don’t appear to have been predicted by lawmakers. In one recent decision, an arbitrator determined a gate repair was eligible to be funded through a rent increase even though the gate is apparently also used by the owner and other non-tenants.

“In response to the tenants’ statements that more than just the tenants use the main gate, I note that this is not a factor considered (under the legislation regarding additional rent increases) and decline to consider this as a factor,” the decision reads.

Patterson said he understands the benefits of incentivizing landlords to keep their properties safe and well-maintained, but noted that can also be achieved through grants and tax breaks. He suggested the province reconsider the ARI policy, at least to limit the scope of eligible expenditures and make it so that additional rent increases are time-limited rather than permanent.